Ford outlined how it’s increasingly using virtual reality (VR) technology to eliminate the distance between its design studios in North America, in Asia, and in Europe. The Co-Creation tool the firm created jointly with Gravity Sketch lets engineers work on the same project even if they’re located thousands of miles apart. VR is part of the company’s effort to streamline its design and development processes, and it illustrates an ongoing trend in the automotive industry. 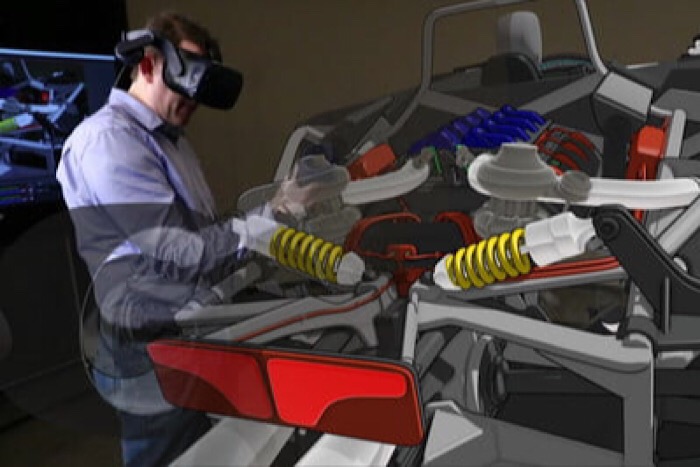 Instead of drawing on a piece of paper, or sketching using CAD software, Ford designers are beginning to use VR headsets and controllers to bring their ideas to life. Significantly, the co-creation tool lets Ford skip the 2D stage of design when it wants to save time, and go straight to 3D. Designers can use the technology to transfer virtual ideas. For example, if a designer prefers an upcoming car (like the born-again Bronco) with a more upright grille, he or she can send a VR-wearing colleague a file containing a sample design.

Co-Creation also allows designers on different continents to work together on the same project without ever being in the same room. This functionality is important, the company explained, because it often develops the same car for every global market, and motorists in different countries sometimes have markedly different preferences when it comes to design. What sells in America might look completely wide of the mark in Europe, so VR helps the five design studios find a common ground early in a car’s development process.

“The Co-Creation feature adds more voices to the conversation in a virtual environment, which results in more efficient design work that may help accelerate a vehicle program’s development,” Ford wrote in a statement. Gravity Sketch’s technology isn’t completely replacing the old-fashioned design process, but it’s speeding it up when needed, and making it more efficient. 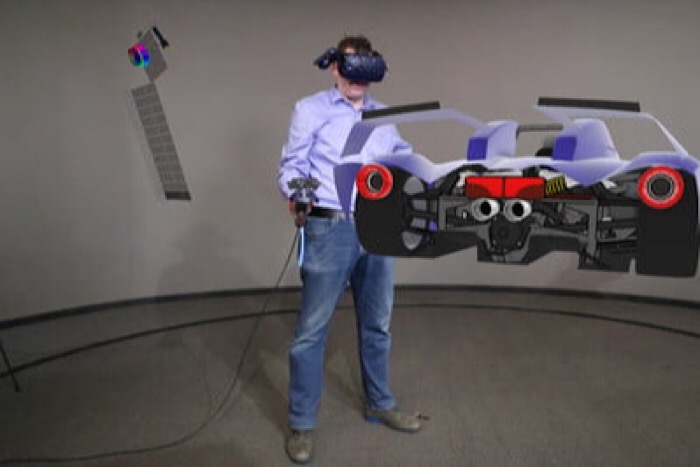 Ford isn’t the first or the only company in the transportation industry to incorporate VR into its research and development department. In April 2019, supplier Magna outlined how it uses VR technology to save time and money, while letting engineers on two different continents work on the same project at the same time. And when Digital Trends visited motorcycle manufacturer Ducati’s headquarters in Italy, we learned that its design team turns to VR when it can’t decide between two projects.