Investment in AR has steadily increased in the past few years, and more recently, the technology has generated renewed interest from big brands. Facebook announced an update to its Spark AR platform at the F8 conference this May, while Apple and SAP extended their partnership to focus on increasing augmented reality adoption among businesses.

Within the context of marketing, augmented reality allows brands to offer unique and immersive digital experiences, and to engage consumers in a memorable way. Here’s a list of some of the brands to create AR-based experiences in recent times, and what they achieved from doing so.

Asos is no stranger to mobile innovation, having previously integrated visual search into its highly usable mobile app. Now, Asos is getting on board with AR, launching an experimental new AR feature called Virtual Catwalk, which will exclusively test on 100 new Asos Design products.

The feature works when a user points their smartphone camera at a suitable flat surface and clicks the ‘AR’ button on the product page in the app. Models then virtually appear, giving the customer a new and more intimate way of viewing products.

While this feature will not necessarily help to combat the issue of returns – as there is no way to determine how the product will fit or look on the customer themselves – it does bring the item to life in a way that is far more effective than a photograph or online video. By bringing the model (and product) into the space of the user, the online shopping experience becomes much more immersive and engaging.

One of the main reasons retail brands have invested in AR technology is to help customers make better and more informed product decisions. Gucci is the latest luxury brand to do so, recently adding an AR feature to its app to let users ‘try on’ sneakers.

Pointing their smartphone camera downwards, users can choose to see a digital overlay of 19 different sneakers on their own feet, swiping left or right to change to a different pair. The app also allows users to take photos, which can then be shared on social media or in messaging apps.

A highly functional example of AR for retail; by giving customers a visual representation of how a product will look in real life, the technology can theoretically reduce returns and boost customer satisfaction. 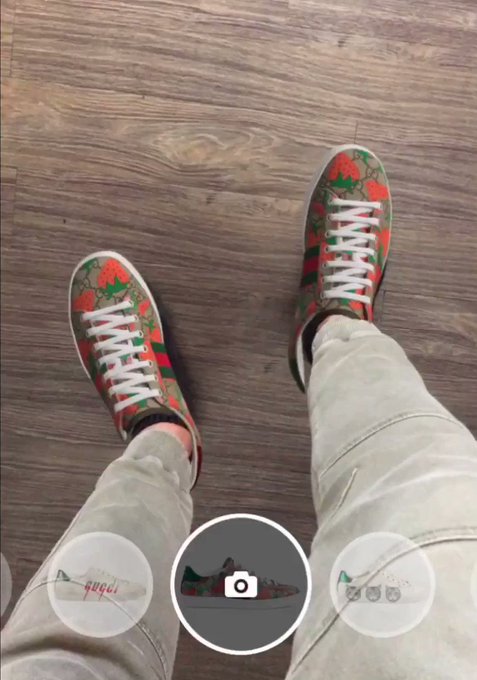 Earlier this year, Toyota launched an AR app to allow customers to gain a better understanding of how its new C-HR vehicle works. Created with agency Brandwidth, the app works by overlaying images of the inner workings of the Hybrid drivetrain onto physical vehicles.

For automotive brands, technology is becoming a key part of the acquisition process, allowing customers to gain insight into the product in new and immersive ways – and ideally draw them further down the path to purchase.

Rekorderlig is no stranger to branded experiences, with the cider company launching several successful pop-ups in the past few years. This year is no exception, as the brand launches ‘Rekorderland’ – a mixed reality experience location in London’s Southbank for the summer. 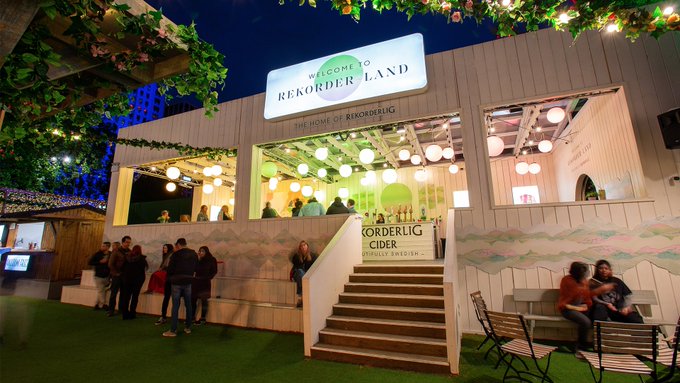 There for six weeks, the concept is based on Midsummer, one of Sweden’s most celebrated traditions. The experience involves visitors wearing Magic Leap AR headsets, to view holographic imagery and light waves together, blurring the lines between the real and virtual worlds. Visitors also will be able to bring their Rekorderlig drinks to life using Snapchat codes in the bar area.

Connie Harrison, Rekorderlig’s immersive experiences director, explained that “Rekorder-land blends the physical with the digital to immerse people momentarily in a magical place.”

Indeed, bringing augmented reality to people in a relaxed and social environment (where they are likely to be open to it) makes it is automatically more memorable. This association between Rekorderlig and a creative and innovative experience is also likely to contribute to increased positive brand perception.

L’Oréal’s Modiface is one of the best-known examples of AR within retail, with the feature allowing customers to digitally try on make-up through the brand’s app. Recently, L’Oréal rolled out Modiface to Amazon customers on mobile, allowing them to also digitally overlay make-up looks onto live photos and videos.

For customers, the technology provides much more certainty over what they’re buying (a product that suits the individual’s skin-tone). It also marks a big opportunity for Amazon as a player in the beauty industry, following on from the retail launching its own beauty line, ‘Belei’, earlier this year.

A number of brands have made use of Snapchat’s AR marker tech, which allows physical objects – such as billboards, vehicles and product packaging – to seemingly come to life.

Foot Locker is one of the coolest examples to date, with the retail brand using a Snapchat AR filter to create the illusion that LeBron James – basketball player for the LA Lakers – is bursting out of a Nike poster in-store. The 2D image slowly morphs into a 3D digital model, speeding up into real-time as James transitions into a slam dunk.

LeBron James himself tweeted out a video of the experience, resulting in 1.25 million views in the first hour. Since then, the video has amassed over 2.2 million views, 12,441 retweets, and 50,000 likes. 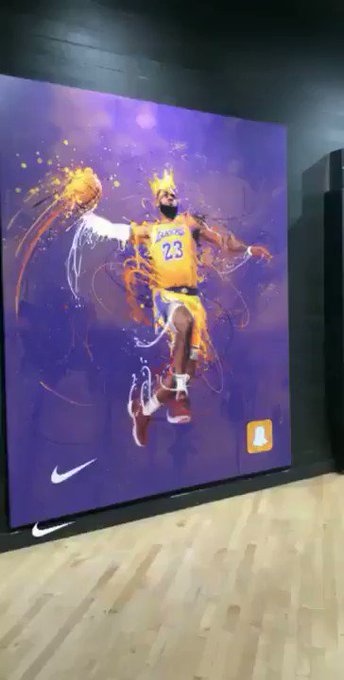 A seamless and visually impressive slice of AR, this example shows the power the technology holds for retailers who want to enhance the store experience, and blend the physical and digital worlds.

Adidas is another brand to use AR for ‘try on’ purposes. Last year, it partnered with Snapchat to create an AR lens for customers to virtually preview its new Ultraboost 19 running shoes.

Accessed via lenses in the Snapchat app, users simply had to tap on the Adidas logo to launch the activation, which involved a brief unboxing before the option to learn more about the shoes or view them in AR. 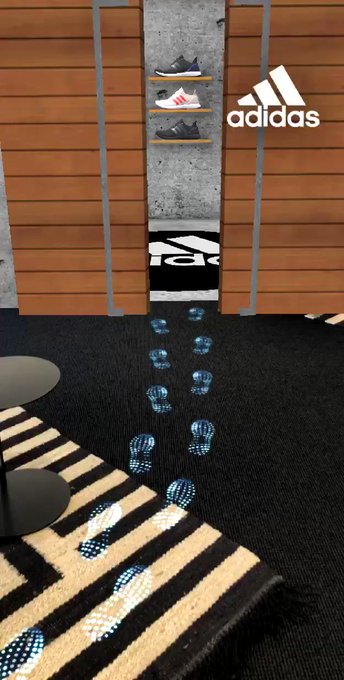 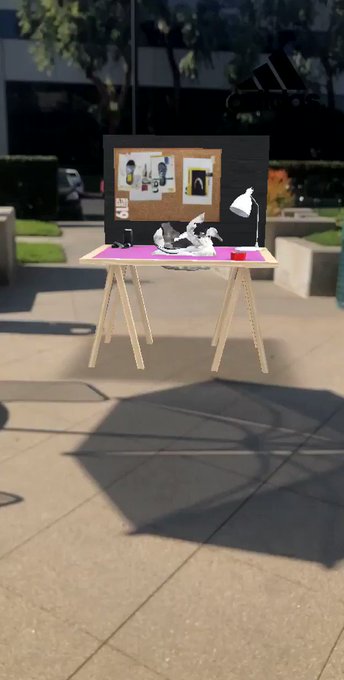 This example was the first time Snapchat let users virtually try on a sneaker with an AR lens. Since, however, Snapchat has continued to merge AR and ecommerce features, launching a ‘Shoppable AR’ feature to allow advertisers to add buttons onto any AR lens running on Snap.

Again, Adidas was one of the brands to get involved with this, creating an AR selfie lens to promote its new Deerupt running shoe (as well as direct users to its own website).

Make-up tutorials remain a popular form of video content on YouTube. Now, the platform is bringing the idea to life, as YouTube introduces its ‘AR Beauty Try On’ feature.

Similar to Modiface, the feature will allow users to virtually try-on make-up through the YouTube app. However, it will also work like an ‘interactive ad’, with a split screen allowing users to watch a tutorial and try on the look at the same time.

MAC has been one of the first brands to experiment with the feature. And according to YouTube, tests have been fairly positive so far, with 30% of viewersactivating the AR experience in the YouTube iOS app, and spending over 80 seconds on average trying on lipstick virtually.

Both Magnum and Benefit have experimented with AR individually before, however, the two brands partnered up in Singapore earlier this year to create the ultimate immersive experience. Combining beauty and ice-cream, the ‘Magnum Beauty Store’ pop-up experience involved seven different zones, where visitors could engage in activities such as the personalisation of ice creams and eyebrow shaping.

There was a large AR element, too, relating to the theme of “Release Your Beast”. This involved visitors engaging with Magnum’s ‘four beasts’ – the leopard, polar bear, lion and tiger – through an interactive LED wall. As well as interacting with the ‘beasts’ using AR in real time, the photobooth allowed guests to take photos which they were then able to share direct to social media.

The social media element is key with this example, with the brand partnership aiming to generate as much online buzz as possible. AR acts as a natural bridge between the offline and online experience, giving visitors an immediate incentive to interact and share in a digital capacity while also being immersed in the moment in real life.

VF – the owner of brands including Timberland and Vans – has opened a new retail space (Axtell Soho) in London to showcase how it is using technology to bring the stories of its brands to life. One of the space’s key features is avatar-based virtual mannequins, which showcase various seasonal looks in 3D. Visitors can use touchscreen displays to view products in different scenarios, as well as change features such as lighting and context.

According to Marketing Week, Axtell Soho is not open to the public, but will be used as a space to test and learn new technology features, and to see how it can enhance the in-store customer experience for VF’s brands. 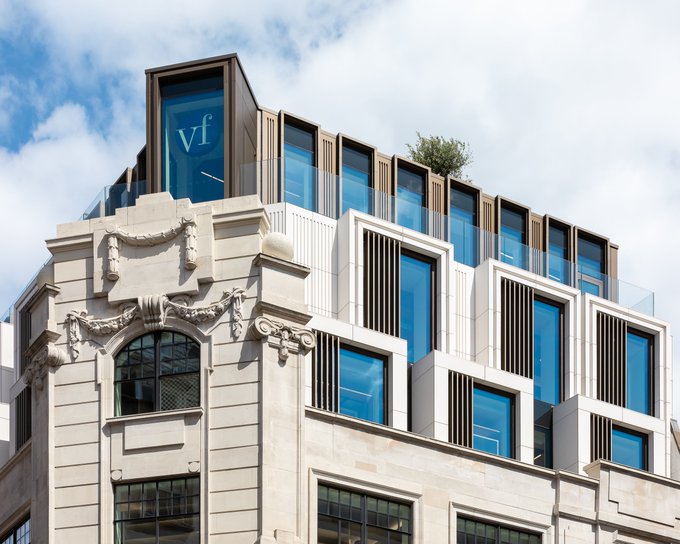